Debbie joined NCPA in 2008 and received her CPP in 2010 after attending an NCPA Study Group.  Since joining NCPA, Debbie has held the offices of Education Chairperson, Government Liaison Officer, Study Group Coordinator and has been the Vice President of NCPA since January of 2017.  Debbie is a current member of the American Payroll Association.

Lindsey was appointed by the Executive board in January 2022.  Lindsey received her FPC in 2021 after attending an NCPA Study Group.  Lindsey has been an active member of NCPA for almost two years and is a current member of the American Payroll Association.

Dixie joined NCPA in 2001 and received her FPC in 2006. Dixie has been the President of NCPA for the last three years and will now move into the Member at Large position and remain an active member of the board.  During her tenure with NCPA, other office’s Dixie has held are the Education Chairperson, Government Liaison Officer, Secretary and Treasurer.  The countless hours Dixie has invested in NCPA are too many to count and we owe her a debt of gratitude for her service.  Dixie is a current member of the American Payroll Association. 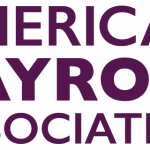